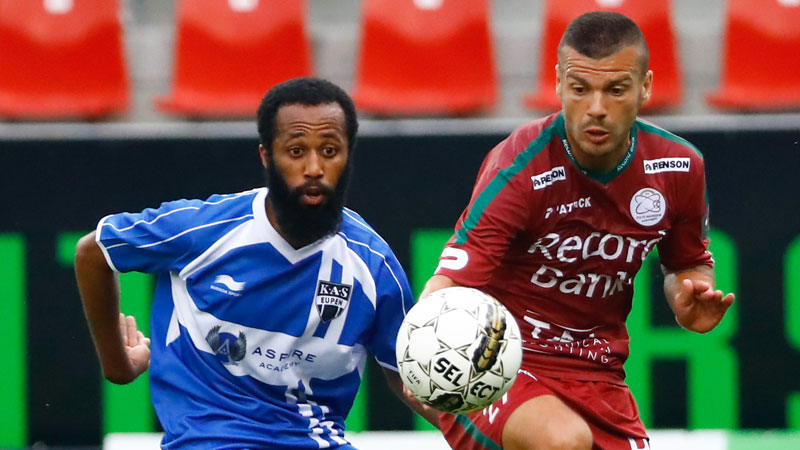 On 12. Mar 2017 in the Pro League, Eupen is playing against Zulte-Waregem. Betting odds suggest its going to be a pretty even game with low goals. Eupen has collected 6 wins and 11 losses in their last 20 games. Last 11 HOME games of Eupen have shown us 3 wins and 5 losses. Their last HOME game was on 18. February against Kortrijk and ended with home win (1-0). Looking at the last 20 games of Zulte-Waregem we see 8 wins and 4 losses. Last 10 AWAY games of Zulte-Waregem showed 2 wins and 4 losses, most recent was on 24. February against Club Brugge that ended with home win (5-0). From this data, we see that Zulte-Waregem is a bit better and could win this match.

Last 20 games of Eupen have seen 12 Overs and 8 Unders. Last 20 games of Zulte-Waregem have seen 8 Overs and 12 Unders. Looking at the rank-based O/U 2.5 stats of Eupen it has been 6 Overs and 3 Unders in their last 9 HOME games against teams with similar ranking as Zulte-Waregem. Zulte-Waregem has seen 2 Overs and 6 Unders in their last 8 AWAY games against teams with ranking similar to Eupen. Eupen is averaging 1.45 goals at home while Zulte-Waregem makes an average of 1.3 goals away. This makes an average of 2.75 goals per match between the teams. Eupen concedes 2.09 goals on average and Zulte-Waregem 2.1 for a total of 4.19 goals conceded per match. Taking these into account, we expect to see 3.5 goals per match. History shows that 60% of games end Over 2.5 for Eupen and 40% for Zulte-Waregem. Considering the numbers, it probably is an OVER 2.5 match.