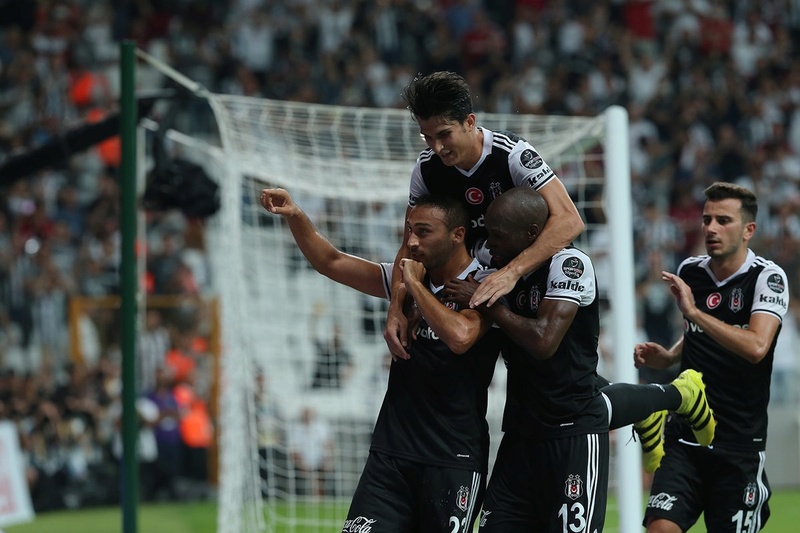 Besiktas are red-hot favourites to reach the Europa League last eight after scoring an away goal and are expected to get there by beating Olympiakos in 90 minutes.

The Turkish champions are on course to retain their Super Lig title and will also fancy adding a first ever European trophy to their haul, the closest they have come previously being quarter-final appearances in the 1986-87 European Cup and the 2002-03 UEFA Cup.

Senol Gunes’ side are in good shape to emulate those achievements and then it would all hinge on Friday’s draw, in which they would hope to avoid the likes of Manchester United and the winner of the Lyon-Roma tie.

But first, the Black Eagles need to get past their Greek opponents and go into the return match with the psychological advantage after their Cameroon striker Vincent Aboubakar, who netted the winner in this year’s African Cup of Nations Final, equalised the opening goal from former Leicester City midfielder Esteban Cambiasso.


Atiba Hutchinson (right) in Europa League action for Besiktas (Getty Images)
Third in their Champions League group, hence the drop into this competition, Besiktas do not, in fairness, have the best of home records in Europe this term because they drew all of their three matches before Christmas and then edged out Hapoel Be’er Sheva with a 2-1 success in the first knockout round of the Europa League – although they had already won the away leg 3-1.

However, they are hosting an Olympiakos outfit who have been more sloppy than usual of late, losing three Greek Super League games in a row which has put their status as reigning champions under threat from emerging force Panionios.

Although Olympiakos won 3-0 away to another Turkish club, Osmanlispor, in the previous round, Besiktas are a class or two above that team and can equal their best ever performance in Europe by moving into the quarter-finals with a victory in normal time.

These teams met for the first time competitively last week, but had a victory apiece against the other in friendly matches contested in 2015 and 2016
Besiktas have drawn all of their three competitive matches against Greek clubs
Olympiakos have lost twice and won once on their three previous visits to Turkey