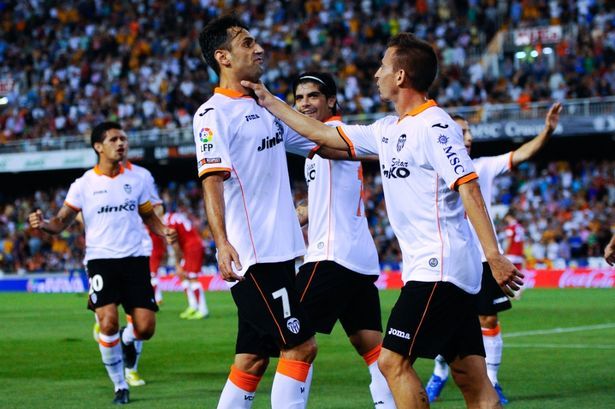 Valencia have endured another disappointing season. Los Che are historically one of Spain's most decorated and well supported clubs but they've been unable to challenge towards the top of the division in the last few seasons as a succession of managers have failed to get the best out of an underperforming but talented squad, including ex-England coach Gary Neville.

A decent spell of form following the winter break saw Salvador Gonzalez's men pull away from the relegation zone and they now sit in the comfort of midtable, mainly thanks to their improved performances at the Mestalla. Valencia have won four and drawn one of their last five games in front of their own fans which is probably why they're favourites here at 21/20 with William Hill.

Celta Vigo were the surprise package of the 2015/2016 La Liga season as they managed to secure qualification for the Europa League through their excellent lofty league position. This year however, perhaps involvement in that competition has slowed down Os Celticos' progress in the league as they currently sit firmly in midtable as we reach the latter stages of the campaign.

Whilst supporters will be excited to see their side into the Quarter Finals of European competition, they will also be expecting some improved league performances over the coming weeks to end the season on a high. They've beaten Valencia three times already this season - can they make it four on Thursday at odds of 11/4 with bet365.

We fancy some goals in this game. Valencia have adopted a more attacking approach in the latter stages of the campaign and they've managed to find the net at least once in each of their last eight matches. Celta Vigo can call on the likes of Iago Aspas and John Guidetti and so are always good for a goal and both teams to score looks a solid bet here at 8/11 with Ladbrokes.

It may be hard for Liverpool fans to believe, but that man Aspas has been Os Celticos' goalscoring hero in the last couple of seasons. The 29 year old has found the net on 15 occasions in just 25 league appearances so far this term plus a further six in cup competitions including two in his last two games. We're on the former Reds striker to find the net in this one at 5/4 with Sky Bet.