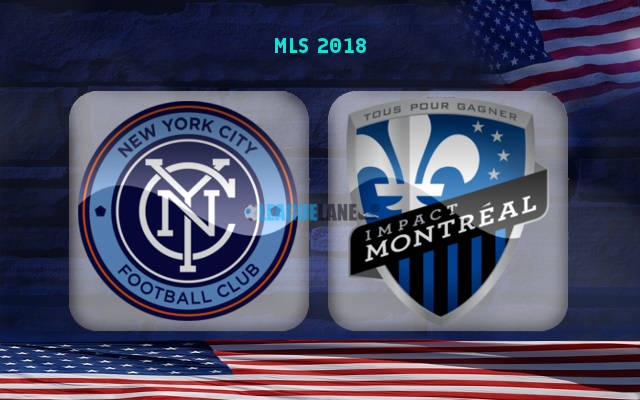 New York City have been in fine form at Yankee Stadium and they host Montreal Impact for their MLS clash on Thursday looking to catch up with Eastern Conference table-toppers Atlanta United, currently sitting six points behind with two games in hand. They’ve based their success on such performances here and we’ll surely see Domenec Torrent’s men very confident on the day as well.

Pigeons come into the match on the back of a 1-0 win over city rivals New York RB, bouncing back from a 3-2 loss at Chicago Fire and bagging their eighth win in nine home outings this term – with just a draw against Atlanta also on the record.
Montreal Impact, on the other hand, come into the match amid a great streak of their own and looking for their fifth win in a row, after beating Orlando City twice, Sporting KC, and Colorado Rapids. However, they’ve had more troubles on the road and far more worrying will be that the win at Orlando only ended a six-game losing streak away from home.

We will now back New York City to bag the important points in front of the home crowd once again, going for the Home win at Live bet odd 1.90. With their form at this ground, this comes off as buying money for old rope and we do feel they have what it takes to extend the streak.
We do feel Impact come in great spirits and motivated to make their presence felt, which promises a great challenge and an exciting contest. We’ll thus also go for Over 2.5 goals FT at live bet odd 2.50, which has also attracted many big hitters already and looks like great value!