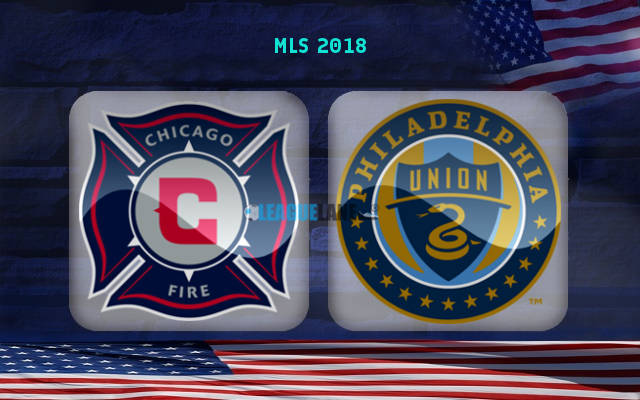 Chicago Fire have seen their seven-game unbeaten streak ended on their away day at Vancouver Whitecaps last week and they host Philadelphia Union looking for a return to the winning ways. They sit just a point behind 6th placed Montreal Impact on Eastern Conference table and Veljko Paunovic should have no trouble motivating his men to bounce into the cut as soon as possible.

Men in Red have been regularly finding the net in front of the home crowd and they’ve outgunned SJ Earthquakes and New York City in their last three outings, also holding New England to a 1-1 draw along the way. They have netted nine goals in five home games since mid-May and it could prove tough to hold them off now as well.

Philadelphia come into the match after two losses in a row, where they were beaten by Los Angeles FC on the road and Atlanta United in front of the home crowd, conceding six goals along the way. They’ve struggled to make an impact on the road and only won four away points this term, which will be even more worrying for Jim Curtin ahead of the tough away day to Toyota Park.

We will now back Chicago Fire to show off as a rock-solid home side once again and go for a Home win here at 2.05, which does seem like great value despite seeing them suffer a disappointing loss in Vancouver just four days ago.

We do hope to see an exciting game and with that in mind, we’ll now also back Over 2.5 - Over 3,5 goals FT at 1.60 – 2.60 which seems like more of a banker bet at this point. We have seen both sides enjoy an attacking approach and regularly see out high-scoring head-to-head clashes, which does promise a similar occasion here.